Noise Control Engineering has been the prime contractor for the U.S. Department of the Interior’s Bureau of Reclamation, reducing noise in their hydropower plants throughout the country. To date, NCE has conducted surveys for 35 plants and have developed and implemented noise mitigation plans for 20 of them. One of these was Heart Mountain Power Plant in Cody, WY, which consists of a single 5 MW generator. During the initial survey, noise measurements throughout the main floor were extremely high, ranging from 95 dB(A) to 97dB(A). We identified a number of noise sources which included turbine cooling fans, generator cooling slots, and exhaust fans. The plant walls were concrete, which exacerbated the noise because of the high reverberation effects. Because of the high levels and high reverberation, it was difficult to rank the sources of the noise. We were able to use our acoustic array to identify acoustic “hot spots,” which showed that the turbine cooling fans were the highest-ranked noise source, followed by the generator cooling slots.

The noise being generated by the turbine cooling fans was primarily due to the high volume of air flow, but motor noise was also a factor. The original design of the power plant had air intake to the fans coming from outside of the plant. To mitigate the noise, the front opening of the ductwork which housed the cooling fans was closed off and the top of the duct was opened for the intake. A silencer and acoustic blankets were installed around the front of the duct to mitigate the motor noise and noise coming through the ductwork due to the high airflow inside. In addition, acoustic absorption panels were installed on the walls and overhead of the plant. Finally, custom silencers were designed for installation in front of the 28 cooling slots that exist around the generator. The results were dramatic. Noise levels throughout the plant were reduced 15 dB with the range in the main plant area being 11 to 15 dB. All areas of the plant are now below the target levels of 85 dB(A). 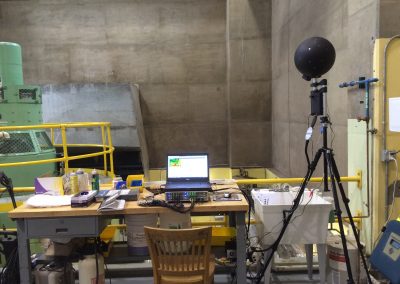 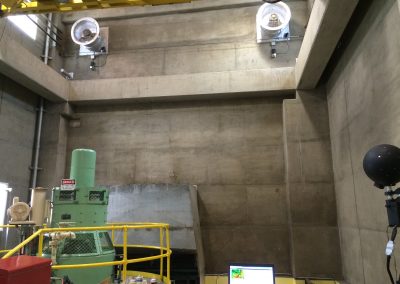 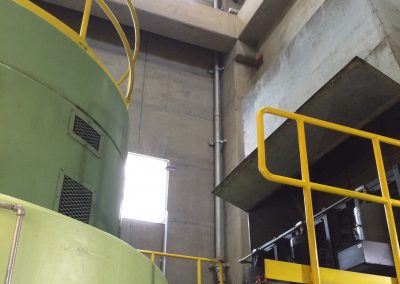 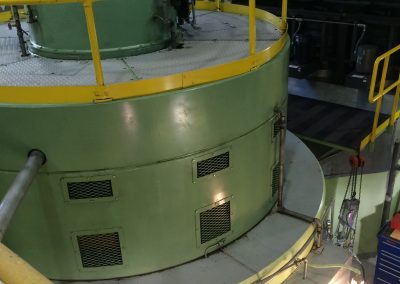 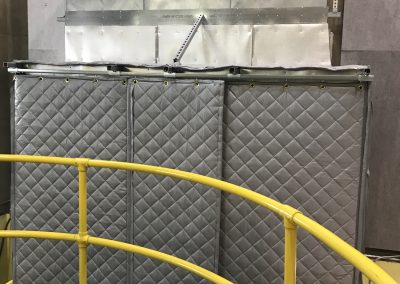 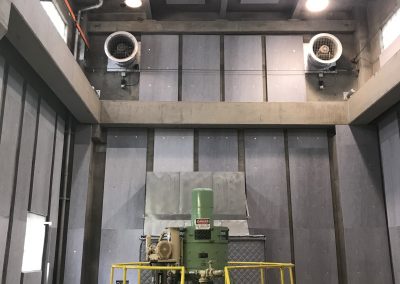 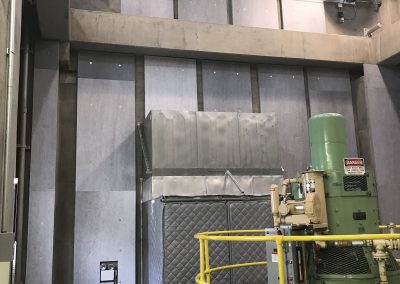 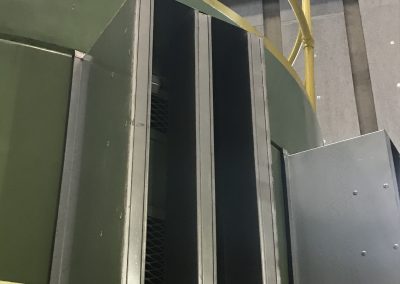